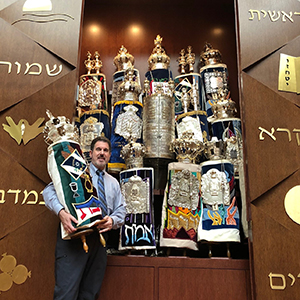 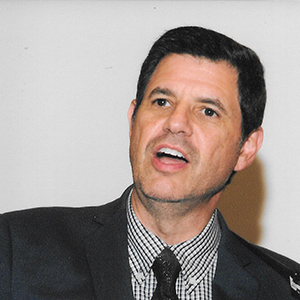 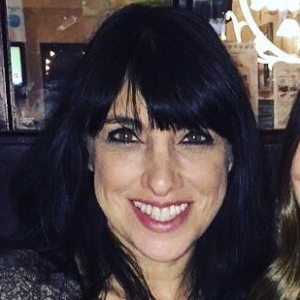 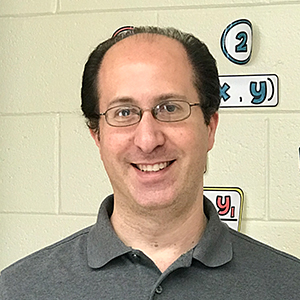 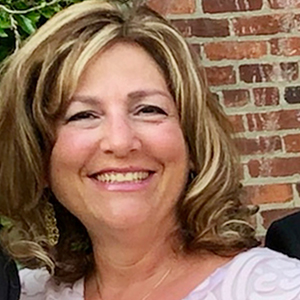 The Dix Hills Jewish Center is delighted and proud to be led by Rabbi Howard Buechler. His inspiring creativity, dynamic presence, and engaging devotion to our synagogue and community are hallmarks of his Rabbinic leadership since 1992. Rabbi Buechler and his wife Laura are the proud parents of Rabbi Yael married to Dr. Yair Kramer , Aviva married to Sam Mendelson, Hillel married to Jaclyn Frankel, Rabbi Eliezer married to Tamar Ossip, and Noam. Proud Saba (grandfather) to Lev & Nadav, Liana, Rose, Kobi & Eitan!

Having received his Master’s Degree, Rabbinic Ordination and a Doctorate of Divinity from the Jewish Theological Seminary, Rabbi Buechler continues to create innovative family education programs and award winning and engaging holiday celebrations at the Dix Hills Jewish Center. His Jewish study sessions at the synagogue year round attract many and are compelling Jewish educational adventures. Rabbi Buechler has also developed an avid following for his annual Jewish/Israel film festivals. The compassion, intellect and wit with which he engages our community is a constant warm and welcoming presence at the Dix Hills Jewish Center.

Rabbi Buechler is a past President of the Suffolk Board of Rabbis and the Rabbinic Assembly of Nassau-Suffolk-Queens and serves on the Board of Directors of the Jewish Education Project. He has founded or co-founded many remarkable Jewish institutions in Suffolk County ranging from the SHMA Hebrew High School to the Suffolk Mikveh. He created J-Team, the innovative Jewish Teen Leadership cohort at the Dix Hills Jewish Center.

Rabbi Buechler also has a passion for Jewish travel. He has traveled extensively with Rabbinic missions around the globe from Morocco to Belarus and Estonia and Hungary. He has had the privilege of visiting Israel more than seventy times. Rabbi Buechler has also visited and documented over 250 synagogues in Europe in his travels. In addition, he has led magical and memorable congregational trips to visit Jewish sites and sights ranging from Switzerland to the Czech Republic and Austria to Poland and France, sparking and deepening the engaging connection to Israel and Jewish communities world-wide.

An avid reader, Rabbi Buechler and his Shabbat book reviews are most noteworthy. His Judaica collection and private library are also powerful testimony to his devotion to study and our sacred texts.

You are invited to meet Rabbi Buechler 24/6 in person or by contacting him at (631) 499-6644 or at rabbibuechler@gmail.com. Join him and our congregation in joyous prayers and celebrations!

Hazzan Hevenstone received his Cantorial training through CICA (Cantorial Interns of the Cantors Assembly). Through this rigorous program, he studied under many amazing cantors. Hazzan Hevenstone earned his Master’s Degree in Education and received his Hazzan Investiture from the Cantor’s Assembly, the international association of hazzanim affiliated with the USCJ (United Synagogue of Conservative Judaism).

An active composer and arranger, Hazzan Hevenstone interprets Jewish music with a more modern, enthusiastic flare.  Many of Hazzan Hevenstone’s musical pieces for services and holidays can be heard in Synagogues throughout the United States, Europe and Israel as well as at Dix Hills. Hazzan Hevenstone enjoys writing scripts as well as music and has participated in directing musical Purim Spiels, plays, and educational programs.

Hazzan Hevenstone has been performing since he was a child.  You can see Hazzan Hevenstone perform at the annual Cantor’s Concert, at the annual Israel Fest on Long Island, and at other venues. He has also performed in synagogues around the country and in Europe and Israel.  Being an educator, Hazzan Hevenstone believes that education never stops, and that is why he has decided to continue his journey through a program for Hazzanim at the Academy for Jewish Religion in New York and recognized by the Jewish Theological Seminary. This Rabbinic ordination program was developed especially for Hazzanim that want to further their education while remaining an active member of the clergy in the synagogues they serve.  Hazzan Hevenstone is pursuing this program to expand his Jewish knowledge to become a better spiritual leader, mentor, and teacher for his community.

Born and raised in North Bridgeport, CT, Hazzan Hevenstone has always been active in Synagogue life. He will eternally be grateful for the mentorship he received in his early years from his cantor, Hazzan Y’Shaya Grama, z”l, from Rodeph Shalom Synagogue in Bridgeport, CT.  It was this friendship that put him on the path to becoming the Hazzan he is today. He tries to pay it forward by mentoring young people and young Hazzanim who are on their own journey in the Cantorate.

An avid musician, Hazzan Hevenstone plays the piano, guitar, bass guitar, trumpet, and other instruments.  You may find him with a guitar in hand introducing our very youngest to Shabbat songs, or singing Havdalah on Saturday nights.  But his favorite instrument is the one unique to each of us, our voice. He is looking forward to singing along with you and the entire Dix Hills community.  Please join us and raise your voice in joyous harmony!

Vicki grew up in Great Neck, N.Y. She went to Hofstra University, receiving her BA in Psychology/Education.

She worked in the Great Neck Public School System for 2 years. Her love for early childhood education brought her to Temple Israel Bet-ha-Gan for 2 years. She then spent the next 7 years at Temple-Beth-El teaching three year olds.

After marrying her husband Mark Weinstein, she took a few years off to raise their five children, Max, Lauren, Amanda, Sam and Harrison. She missed the early
childhood environment and looked to work close to home. She then worked as a separation teacher in both the Dix Hills Jewish Center and Temple Beth Torah.

Vicki was given the opportunity to serve as Director of the DHJC Early Childhood Academy. Being part of the ECA “feels like home” according to Vicki.

She is honored and thankful for this opportunity.

Jason Goldberg has always had a passion for helping and working with children. Even when Jason was back in High school as a USY’er he worked as an advisor for the younger age youth groups. At that time, he also started working for the Suffolk JCC both as a camp counselor and year-round in the (at the time newly created) afterschool program and vacation programs for K-5. He wound up continuing at the JCC for the next 25 years part time and full time. This included Supervising the K-12 programs as the Children and Youth coordinator and 12 Summers as the Teen Travel Director.

Throughout that time Jason also worked at Solomon Schechter Day School of Suffolk. Starting out as an aide and Substitute teacher, and eventually working up to the Assistant to the Headmaster as well as 12 years at SHJC as a religious schoolteacher, youth director, and an instructor in the SHMA (Hebrew High School) program.

Currently Jason works full time at an alternative High School within Eastern Suffolk Boces program. For the past several years many of you have seen him helping at the DHJC Hebrew School as a Tutor and Substitute, and of course most of you know him as the DHJC Youth Director, the position he holds here at the DHJC for almost 20 years. Here at DHJC he has watched so many children grow up that they are like family to him. Speaking of family, when Jason can find a few minutes away from work he squeezes in some time with his 8 nieces and nephews.

Robyn has been an educator for the past 30 years and has held many positions within the secular and religious school environments, most recently teaching 1st grade in the Jericho School District. She has also held multiple positions in Jewish Education, including playing an integral role at Temple Beth Torah Religious
School in a third grade teaching position for the past 30 years.

Robyn holds a Bachelor of Science degree in Early Childhood Education from Buffalo State College and a Master of Arts degree in Elementary Education from New York University. After many years of teaching experience, Robyn successfully transitioned to assume the responsibility of as the Director of the Early
Childhood program at Temple Beth David and then at Shelter Rock Jewish Center where she helped develop progressive and innovative curriculum and maintained a warm and nurturing environment.